Get fresh music recommendations delivered to your inbox every Friday.
We've updated our Terms of Use. You can review the changes here.

by The Night Terrors 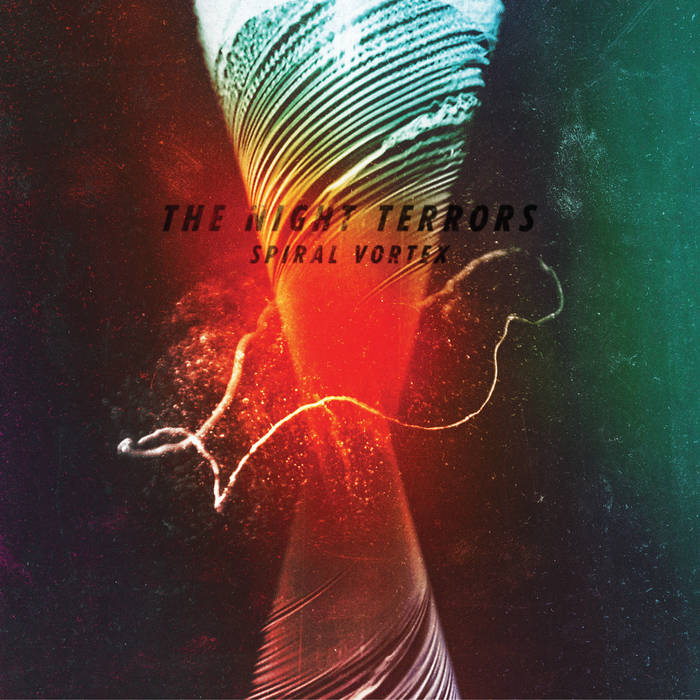 "I personally think SPIRAL VORTEX is brilliant. It is the kind of late night spiral (it can’t be helped) into the black hole of feverish lament and Giallo deconstruction (and dismemberment). And the spectral cinematics are evidently something the band revels in – titles like ‘Lasers For Eyes’, ‘Monster’ and especially ‘The Devil Played Backwards’ serves to drive this heavy theme home." (Sonic Masala)

"There’s a plethora of records out now from a legion of labels revisiting the unsettling soundtracks to many a pulpy horror or science fiction film, and what the Night Terrors do is take this all of this as a base to build upon – and they do this in such a staggering fashion that they are almost a genre in themselves, such is the way that they occupy their remarkable niche. Spiral Vortex is one of those genuinely exciting records that you can’t help but want to tell everyone else about, safe in the knowledge that they are unlikely to have ever come across anything quite like it before." (6 Days From Tomorrow)

SHIT YEAH, after reissuing their 2009 album "Back To Zero" on vinyl last year, our tight bros over at Homeless Records have unleashed a BRAND NEW Night Terrors album onto our unsuspecting turntables! Buckle up and prepare to dive into the maw of the VORTEX:

The Night Terrors exude the creeping dread of vintage Italo horror business - we're talkin' Frizzi, Goblin, etc but laced with a modern whiff of folks like Zombi, Umberto, Espectrostatic, and the like. NO GUITARS here folks, but the synths, bass and theremin more than make up for it, pulsing with a lyrical quality that makes this album sing like the soundtrack to a lost slasher movie - live drums too (provided by Damian Coward), that propel the whole thing forward more organically than the icy grip of a drum machine. If you're a fan of anything we've mentioned so far, don't hesitate and get this now! RECOMMENDED!!

Bandcamp Daily  your guide to the world of Bandcamp

sndtrak stops by with an Album of the Day Feature of his most recent release, FLIPS V1: Triple Lindy